According to Larry Miller, Director of Human Resources at Starkey Laboratories, workers’ compensation costs were “going through the roof” when he introduced a new element into Starkey’s employee wellness program in 1992. The cost increases were due in large part to the growing number of repetitive stress injuries (RSI), including carpal tunnel syndrome.

That year he brought in Certified Advanced Rolfers to provide Rolfing® SI on-site for employees with RSI symptoms. For the last twenty years, Certified Rolfers has been the on-site Rolfer at Minnesota-based Starkey Laboratories (one of the world’s largest custom hearing aid manufacturers), with dramatic results: 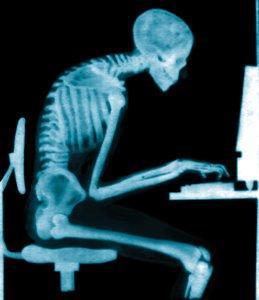 Starkey has benefited in many other ways from their on-site Rolfing program, including reduced absenteeism and increased productivity. Furthermore, Starkey’s cost savings in areas such as turnover, unemployment costs, health insurance, training and productivity are estimated at about $2,500/employee/year.

Starkey recently purchased two other hearing aid companies and in 2005 built a new facility in Eden Prairie, increasing to 1300 the number of employees there with access to Rolfing SI. In 2005, Erin Herdina, Certified Rolfer, began to bring Rolfing SI to the 228 employees at the plant in Glencoe, MN.

This program was recognized as one of the “best practices” by the Minnesota Quality Awards in 1996.